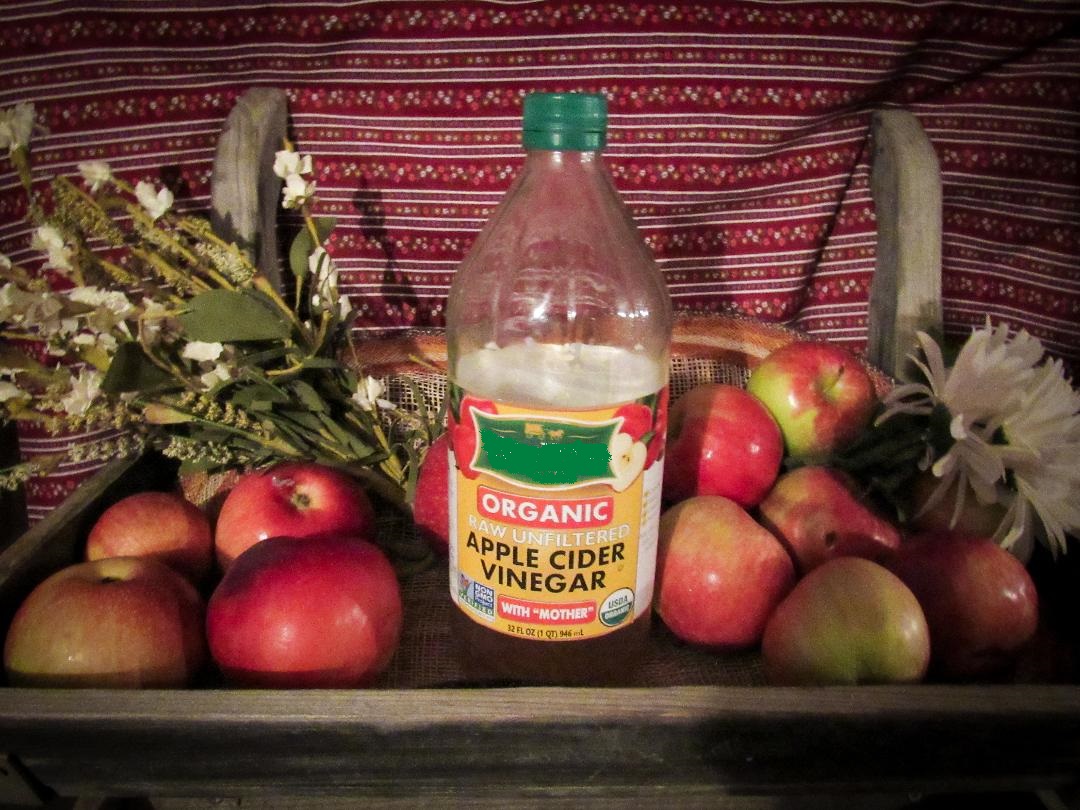 Vinegar is amazing and it has been around in some form or another for thousands of years. It is all natural, non toxic, healthy and all around useful.

The uses for Apple Cider Vinegar (ACV) are mind boggling, and it seems you hear of another use for it on a regular basis. I always have a bottle of it in the cabinet. However a jug of cheaper white vinegar is very handy in the laundry room as well.

It has served an important role as a food preservative, condiment, cleaning agent, beauty aid and an amazing health enhancer.

I'm sure there are more, but you get the idea that there are a lot of different types. But by far, apple cider vinegar is considered the most nutritious. Our whole family, a big group, use ACV on a regular basis. My husband is not fond of the taste, but I've found putting it in orange juice or apple juice with honey added, helps him to tolerate it.

If you are also one of those who are not fond of the straight vinegar taste and need more flavor, here is an easy way to solve that.

You can add a whole variety of juices:

In addition other different flavors and spices can be added such as:

Even when you're in a hurry,

you can still easily have a healthy tasty vinegar blend.

Or if you are not a fan of making your own, Braggs vinegar now offer Six flavors of ready-to-drink prebiotic Apple Cider Vinegar blends called 'Refreshers."

They are made with a hand-picked selection of organic fruit juices, teas, and spices mixed with the gut-healthy, immune-boosting power of Bragg Organic Apple Cider Vinegar.

So you now have an alternative to "do it yourself preparation," when you are in a hurry, and still have healthy, tasty vinegar blends.

Heating the water up, makes it more like a hot tea and the honey seems to dissolve and dissipate into it better.

Folk medicine has said that just a teaspoon of ACV in a glass of warm water before each meal will melt away pounds. So if you prefer a milder taste, try a teaspoon instead.

They started with a Tablespoon measure and just stuck with it, no adverse affects were felt.

Vinegar remains as one of the most ancient
and versatile medicinal mainstays
the world has ever known.

For generations families have used ACV to help remedy a wide variety of ailments, it has been believed to be close to a cure all for many.

According to Earl L. Mindell, R.Ph., Ph.D., "Taking a teaspoon in a half cup of water two or three times a day when a cold is coming on, can help rebalance pH levels, warding off the cold. Because the right pH levels are needed for good health."

Vinegar remains as one of the most ancient and versatile medicinal mainstays the world has ever known.

Now you can even take your ACV in capsule form, which is much easier if you just can't do the vinegar flavor.

Out of eight of the most popular types of vinegar, apple cider vinegar is the one that reigns supreme, for its medicinal and healing value.